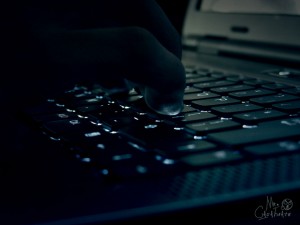 Am I the only person in the world who thinks that it’s utterly ludicrous that we have to give our passwords to sites like Mint.com so they can help us keep track of our spending habits? Surely I can’t be the only one. It’s like giving away the keys to the kingdom.

It kind of irks me a little that if I want to use a site like Mint.com to track my spending habits and help me keep my budget in line, I have to give my username and password over to them.

In fact, the way the underlying technology works, Mint.com must keep our passwords stored in their system. Not just a hash, but the passwords themselves, since that’s what they have to use in order to access our bank account info. They are stored encrypted, no doubt, but the have to be decrypted in order to be used (see below).

Mint.com has worker programs, “robots”, if you will, which log in to our bank accounts the same way we do (well, not really, but I’m simplifying for the general public), so they have to be able to authenticate as ‘us’. But the problem is, those username/password combos aren’t read-only. Mint.com may tell you that they have read-only access, but that’s just not true. Anybody who hacks Mint.com’s database, and is able to decrypt those passwords, has full access to the corresponding bank accounts.

The technology which enables this log-in that Mint.com and other financial websites use, is called OFX, which is short for Open Financial Exchange.

The part that requires the username and password for every transaction is described in the OFX ‘security’ page (emphasis mine, and BTW, what a fucking joke):

That technology was developed about 10 years ago. (The website looks about 10 years old too — just take a look.) We’ve evolved since then. Technology has evolved. Why the hell has the banking system not caught up yet? (Hint: it’s not in their best interests to improve the security of your bank account. They would have to pay the cost of securing your account, while not seeing any reward for it.)

This should immediately set off red flags for any information security professional. An obvious way to mitigate this risk is to simply enable customers to generate a read-only API key on the bank end, then give out that read-only API key to any party that they wanted to share their info with, on a read-only basis. This would be true read-only access. But that is something that banks themselves would have to implement, and they’re too busy raping the general public with ridiculous fees for things like debit cards, and simply having a deposit account in the first place.

The solution? A successor protocol to OFX which requires banks to implement read-only API key access, and which can be controlled by customers, e.g. by allowing depositors to generate their own unlimited number of API keys, read-only or not (depositor’s choice).

A standard has to first be put in place. It would specify that usernames/passwords are no longer allowed, period. All account access would be via API keys, which would be generated on the bank end, controlled by the clients (depositors), and either read-only, read-write, or other combinations. They could be extensible so as to plan for the future.

Then, make all the banks follow the standard. Fines of $XX,XXX,XXX per day after a X-year grace period which allows all banks ample time to convert from OFX to the new standard, NOFX (New OFX).

Hell, I don’t know. Just something. But please, do something to protect the people, instead of just considering the up-front cost of implementation. (There are hidden costs of not implementing something like what I’ve suggested, but most individuals and businesses won’t see them until it’s too late).

Note: This solution isn’t going to happen. This is just an ideal scenario. The banking system is going to be transformed, but not from the inside, not by anyone who had anything to do with this. Technologies like Bitcoin and other cryptocurrencies and trustless systems are going to render insecure protocols like OFX useless. The funny thing is, it’s because the current system will never change which is the reason why it’s going to be pre-empted and destroyed. The market will find a solution.